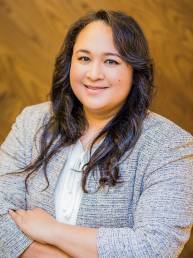 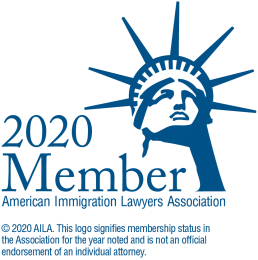 Ms. Alvarez attended Baylor University where she received a Bachelor of Arts degree in Latin American Studies and Spanish, as well as her Master of Arts degree in Spanish. She has taught at various educational institutions such as Baylor University, McLennan Community College and Tomball High School. She has also written articles on diverse Latin American literary works. While attending law school, Ms. Alvarez worked full time with two reputable immigration law firms, volunteered as an interpreter for New York Law School’s Safe Passage immigration program and created a Blog where she discussed complex issues around immigration law as they were applied to actual cases.

Prior to launching her own firm, Ms. Alvarez provided visa guidance to individuals, investors, foreign and startup companies and has successfully handled hundreds of cases ranging from employment to family based immigration, naturalization and removal (deportation) defense. Some of her notable achievements include securing an H-1B visa for a CEO of a startup company; succeeding in an E-1 visa appeal with the Administrative Appeals Office; succeeding in every E-2 visa case handled, procuring cancellation of removal for various clients in deportation proceedings, including a U.S. military veteran (and later his naturalization); and securing special travel permissions for DACA (Deferred Action for Childhood Arrivals) recipients.

As the daughter of Mexican immigrants, Ms. Alvarez understands the value of a competent, passionate, and available lawyer as she feels a personal connection to every client’s strife in navigating the sometimes complicated and frustrating U.S. immigration system. She is committed to clearly communicating to every client about his or her choices, and working to prevent possible bumps along the road. If she takes your case you can be assured that she will strongly advocate on your behalf and be readily available to answer any questions and guide you through the process.

Anais is an Associate at The Law Office of Christian Y. Alvarez. She handles complex removal defense and asylum cases. Anais is licensed under the New York and New Jersey State Bar Associations.

Anais completed her Juris Doctor from New York Law School. She completed her undergraduate studies at St. John’s University, receiving a Bachelor’s Degree in Legal Studies with a minor in Criminal Justice.

Prior to joining our Firm, Anais interned at Northern Manhattan Improvement Corporation, a non-profit organization that assists indigent individuals in obtaining legal immigration status. She also interned at The Legal Aid Society, where she provided pro bono legal assistance to detained and undetained individuals in deportation proceedings. She also worked with other vulnerable immigrant populations such as victims of crimes, refugees and asylees.

During her time at New York Law School, Anais served as a Law Clerk for Justice Diccia T. Pineda-Kirwan of the Queens Supreme Court. Additionally, she was a Student Attorney in the Safe Passage Project and Asylum Clinic. With Safe Passage Project, Anais worked with unaccompanied minors in deportation proceedings that were seeking Asylum, Special Juvenile Immigrant Status, or other forms of immigration relief.

As the daughter of Ecuadorian immigrants, Anais’s upbringing has given her a unique understanding of the struggles faced by many immigrant families. As such, Anais is committed to serving the immigrant community and she hopes to make a difference through her legal work. Anais is also fluent in Spanish. 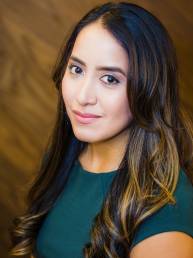 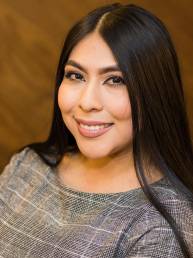 Denise Herrera is currently enrolled in the Silberman School of Social Work at Hunter College. She is pursuing her bachelor’s degree in Social Work with a focus on child welfare.

While working at the Law Office of Christian Y. Alvarez under the
mentorship of attorneys Ms.Alvarez and Ms.Salazar, Denise assists in research on complex asylum cases and diverse legal matters.

Denise is a Bronx New York native and a proud Mexican-American born to immigrant parents. Growing up in a diverse immigrant community, she has experienced first hand the struggles of immigrants like her parents trying to build a better life for their family and children, with little access to resources and guidance. These experiences inspired and motivated her to pursue a career in social work and help others.

Denise has a particular focus on the struggles of vulnerable immigrant children, who often live with a stigmatized identity of being the ‘outsiders’, as they struggle to adapt to a new culture by learning a new language and new social norms.

Realizing the harsh reality of how anti-immigrant policies affect the immigrant population psychologically and sociologically, Denise has decided to pursue a degree in immigration law and to then combine her social work skills and legal expertise to effectively represent and provide resources to immigrant families in the United States.